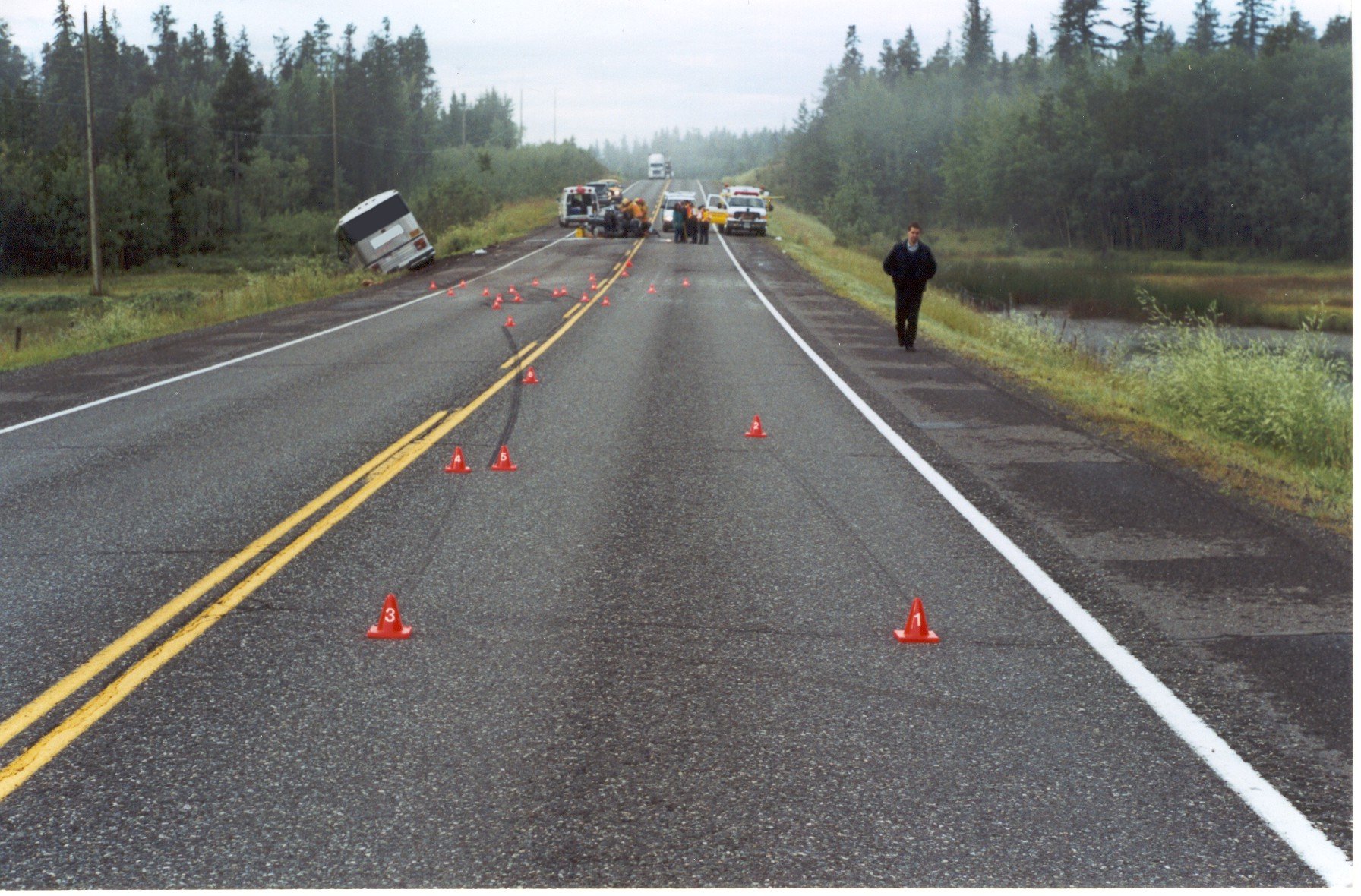 Photogrammetry is an analysis method utilized to extract measurements from photographs. It is an essential tool for reconstructing collisions and for general forensic engineering analysis.

When photos are taken by the police or involved parties at a scene and they did not directly measure important evidence, or if their measurements are questionable or inadequate, Photogrammetry is an exceptionally effective tool. Using Photogrammetry we can accurately re-create the evidence and obtain those measurements.

The accuracy of Photogrammetry is even greater when using photos that were taken with that purpose in mind from the outset. We take all of our inspection photographs using specially calibrated cameras, from which we can then create accurate and detailed 3-D models of the vehicles at a later date. The resulting models are typically accurate to within a few millimeters and often to within a fraction of a millimeter.

The Photogrammetric analysis is done at our office either hours, or potentially years, after the photos were taken. This is a huge advantage because separating the data capture from its analysis means that evidence can be preserved quickly and inexpensively, allowing the more time-consuming analysis to be delayed until there is a need to do it.

Photogrammetry offers benefits such as:

Contact us at the link below if you have a case where you think it may be of use.